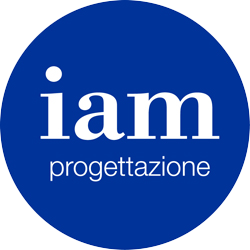 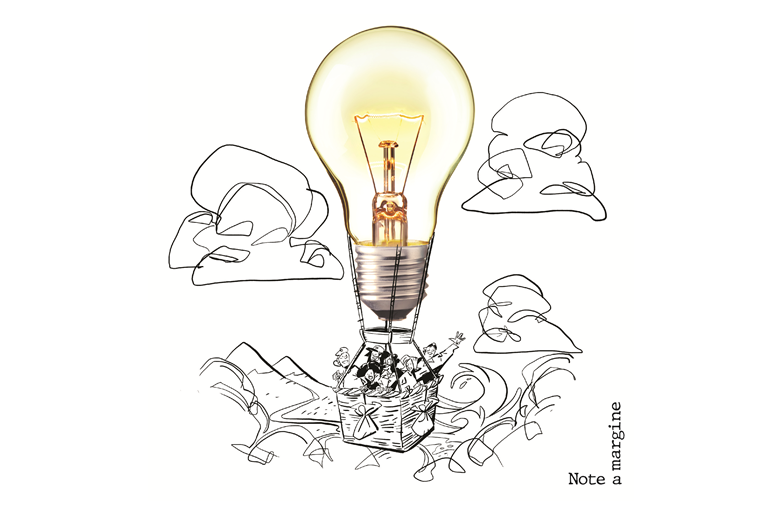 Note a Margine (margin notes) is a social co-design initiative financed by Co.Ge – Management Committee of the Special Fund for Volunteering in Veneto, which has as leader at regional level Volontarinsieme CSV Treviso. Launched in spring 2016, the project entered its implementation phase in April 2018.

Notes to Margine starts from the fact that economic or relational marginality represents a condition that is progressively spreading among people and that the role of Volunteering Organizations as decisive subjects is increasingly fundamental in the processes of flanking the mechanisms of “organized solidarity”.

Note a Margine develops in the provinces of Treviso, Belluno, Padova, Rovigo, with particular attention to the peripheral areas, where situations of marginality end up being more acute. Within this territory, volunteering organizations have been divided according to their areas of intervention, and have decided to work in three subgroups dedicated to the following themes: unemployed adults, isolated elderly people and people with physical or cognitive disabilities.

The purpose of Note a Margine is not to promote completely new projects, but rather to enhance, through a concrete and structured plan, experiences and initiatives already active, supporting the efforts already undertaken in the perspective of co-design and networking.

In order to drastically reduce the dispersion of resources, Note a Margine aims to support a limited number of Key Projects capable of generating innovation within existing initiatives and promoted by the Volunteering Organizations that expressed themselves in the initial consultation phase. The project will have the task of involving and supporting other Volunteering Organizations and other structured entities (public and private) that deal with the same issue and are active in the different provinces of Veneto Vregion, with the aim of creating mixed networks increasing the impact of the promoted actions, rationalizing resources and improving service quality. 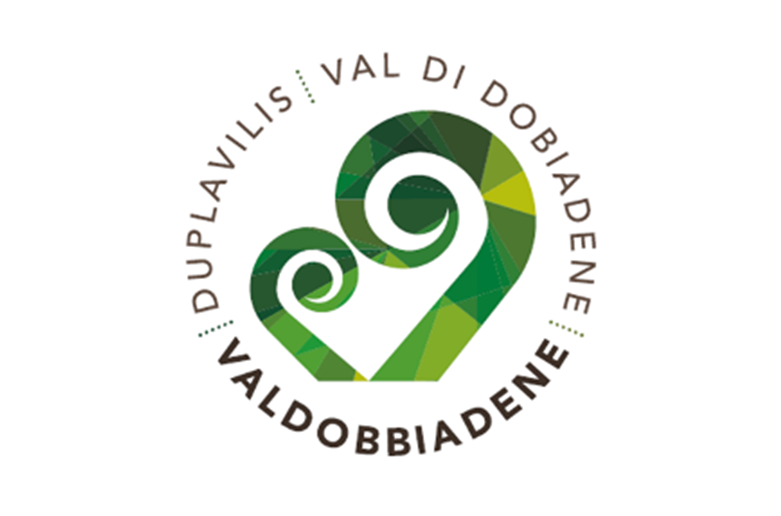 The Municipalities of Valdobbiadene and Pederobba, together with trade and services companies and organizations, have created a new Territorial Commercial District, called “Duplavilis – le terre del Piave”. The initiative is part of a wider strategy of territorial development planned by the two municipalities in order to revitalize trade, production activities and services in their territory. From this context of collaboration comes the idea of the creation of a “widespread territorial Commercial District”, as an area of supra-communal level favoured by the union of several municipalities in which public bodies, trade associations and individual businesses are able to make commerce a factor of integration and enhancement of all the resources available to the territory. The District becomes a tool to increase its attractiveness, regenerate urban fabric and support the competitiveness of its commercial polarities through the realization of initiatives and events involving tourists, residents and visitors of the District as well as communication and marketing campaigns. Through the systematization of the points of commercial, cultural and tourist relevance that are not sufficiently explored in their high potential, the administrations intend to coagulate under a single coalition interests and possibilities that can allow to improve the offer of a territory in all its articulations.

The critical reflection underlying Vittorio Veneto’s candidacy as Capital of Culture 2018 led the city to base its cultural revival on an interesting paradox: to demonstrate, exactly when the Centenary of the Great War is celebrated, that Vittorio Veneto is also much more. A city alive and rich in culture, but also capable of involving the territory and networking. 2018 will not only be an occasion to commemorate the Centenary of Victory, but a “time” dedicated to a crucial reflection on how to revitalize Vittorio Veneto’s roots and rediscover the reasons to reinforce them from a propulsive point of view. The Project for Vittorio Veneto Italian Capital of Culture 2018 was an opportunity to start an integrated planning path with a very wide consultation action. This participatory process, initiated by the Municipal Administration, involved more than 50 local associations and more than 80 public and private “stakeholders” in the area to promote: A) an innovative and coordinated cultural offer able to enhance the territory by sharing the specific objectives of the programme and the expected results; B) the creation of a network to support and sustain the initiative through a multi-level governance system, defining roles and competences to determine not only the effective promotion and elaboration of the project, but also its implementation and the punctual monitoring of the results. The role of IAM in the application was to coordinate the participatory project (triangulation between the Municipality, local actors and technicians) and to draw up the Dossier. 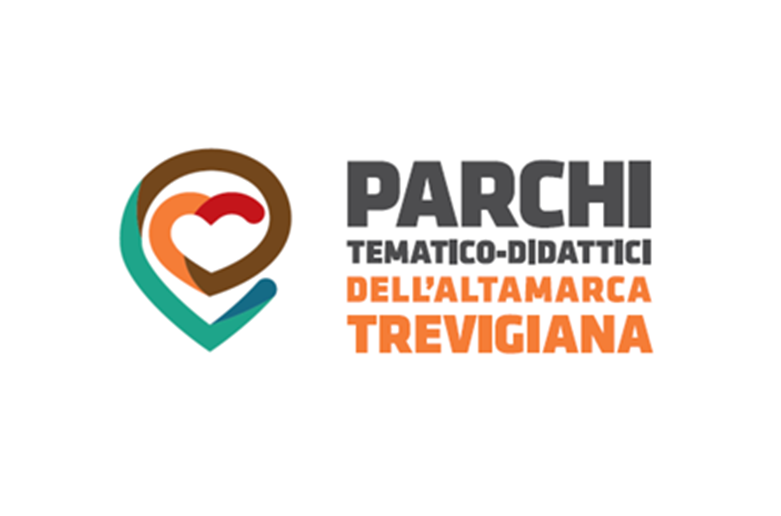 The Area Brand “Didactic Parks of the Alta Marca Trevigiana” is an idea of territorial tourist development precisely localized (Alta Marca Trevigiana, starting from the municipalities of Fregona, Sarmede and Revine-Lago), based on an existing common tourist offer (the Didactic Thematic Parks of Livelet, Caves of Caglieron and Sarmede – Town of Fairy Tales and Street Theatre) and on an integrated action including 6 different areas of intervention: 4 specific ones (creation of an Integrated Tourist Destination, promotion of the Albergo Diffuso, creation of a Product Club and a re-branding of the Territory) and 2 transversal ones (Training and Fundraising). 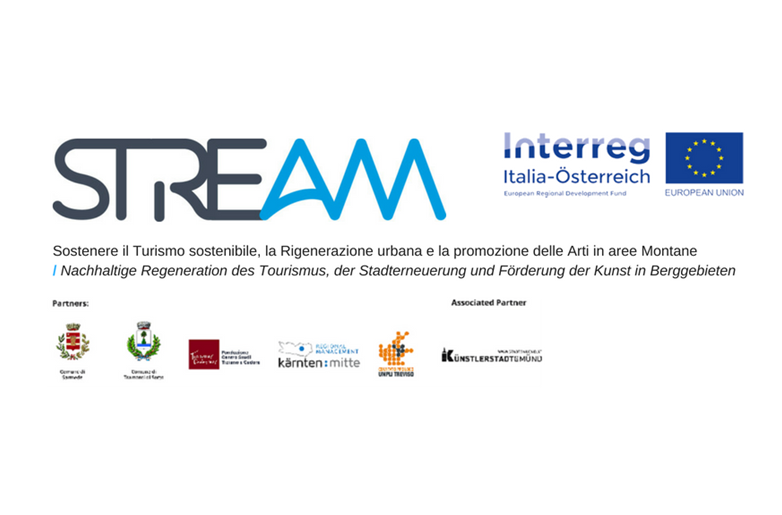 S.T.RE.A.M. project aims to encourage the creation of destinations of excellence for cultural tourism in rural/mountain areas whose challenge is to identify the tools able to differentiate and seasonally adjust the tourist offer. The issue is directly related to the economic revitalization of small towns that form a socio-economic fabric made fragile by numerous threats, including a dangerous process of desertification and depopulation (in recent years one in seven inhabitants has abandoned the municipalities under 5000 inhabitants, which are 4 times less productive than the large centers – source Legambiente/Anci). In this context the cultural heritage richness of the project area represents an opportunity. The artistic revitalization of small historical centres, in fact, as well as the synergy between traditional economic sectors and the so-called creative industries, not only favour the development of tourist offer but also stimulate a greater propensity to consume from resident population, creating a virtuous circle for the benefit of the entire local community and employment. The redevelopment project of the new Ceneda Storica District, presented by the Municipality of Vittorio Veneto in collaboration with CESCOT Veneto, aims to focus on the “historical talents” linked to the past in order to relaunch the area from a tourist and above all commercial point of view.

The main challenge that the S.T.RE.A.M. project aims to overcome is the full exploitation of the tourist and cultural potential of existing territorial resources and the use of innovative approaches that guarantee their attractiveness and usability for visitors and citizens. The project partners propose to face this challenge with a common approach at cross-border level, based on the coordinated mapping of the sites that can be exploited and on the sharing of a plan to promote tourism in small urban and rural centres in mountain areas, through the recovery and use of public and private spaces properly identified.. The partnership will be able to count on a substantial wealth of experience and best practices to design routes and models for the relaunch of tourism, with the active involvement of artists in cultural events and actions in Italy and Austria, as well as mobility routes in historic centres with the help of new technologies. 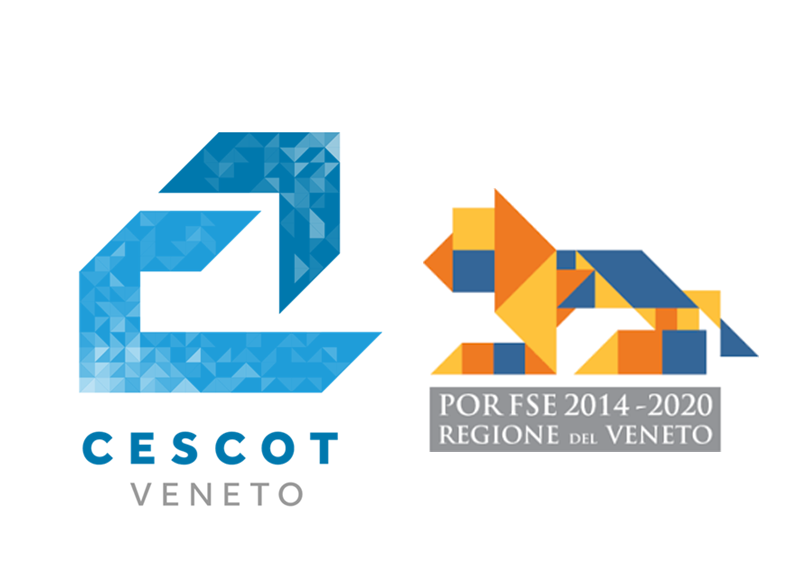 The general objective of NEET-WORK on ICT project is to respond to the requests for specific professions in the IT field by companies in Veneto region with an offer of young, specially trained and competent NEETs. In order to do so, the project has the following specific training objectives: A) To activate a close network collaboration between the “training sector”, the “job services sector” and companies not only in the IT sector; B) To carve out a key role for enterprises operating in the IT and new technologies sector; C) To offer a range of “smart” training opportunities embracing the entire professional panorama of this sector, ranging from professionals characterized by a specific profile, e.g. developers and programmers, to be addressed to companies operating in the ICT sector, to professionals characterized by transversal profiles, e.g. network managers, business intelligence experts, to be addressed to any company using ICT tools; D) Involve a segment of NEET as wide as possible, from the young unemployed who has just finished school to the newly graduated, up to the young school drop-out; creating coherent, effective but “diversified” training programmes in the ICT sector, both in terms of specific knowledge entry levels and in terms of basic skills required to carry out their jobonce they enter the labour market.

PLAY Europe project intends to promote active leadership at European level among the youth of different EU countries, in order to improve the competence and skills of future political leaders towards European Agenda understanding and setting. This action will be implemented through a permanent cooperation among different subjects (Veneto Region – Social Services Department IT, Rotterdam Municipality NL, Udruga Ziid – Buje Municipality HR, Alimos Municipality GR, KCSE-Vives BE and Valencia Region ES), coordinated by ELISAN and composed by public events, seminars, workshop, public debates and study visits. The participants (young people aged 18-30) will be asked to update the Europe 2020 objectives & themes in the field of Social Policies, in order to prepare a new document called Social Europe Agenda 27, and to create a Toolbox for Young European Leaders.

NewPilgrimAge: Reinterpreting and enhancing shared values and cultural heritage of St. Martin in 21st century Europe through the involvement of local communities.

Partner cities of NewPilgrimAge (NPA) are committed to safeguard and via a 21th century reinterpretation to revive this cultural heritage and promote the common European values of solidarity and hospitality linked to St Martin.

Cities and cultural organisations from 5 CE countries (Italy, Croatia, Hungary, Slovenia and Slovakia) will mobilise their citizens, most of all young people and small enterprises, to propose and jointly work out new creative initiatives to valorise the untapped heritage potentials. 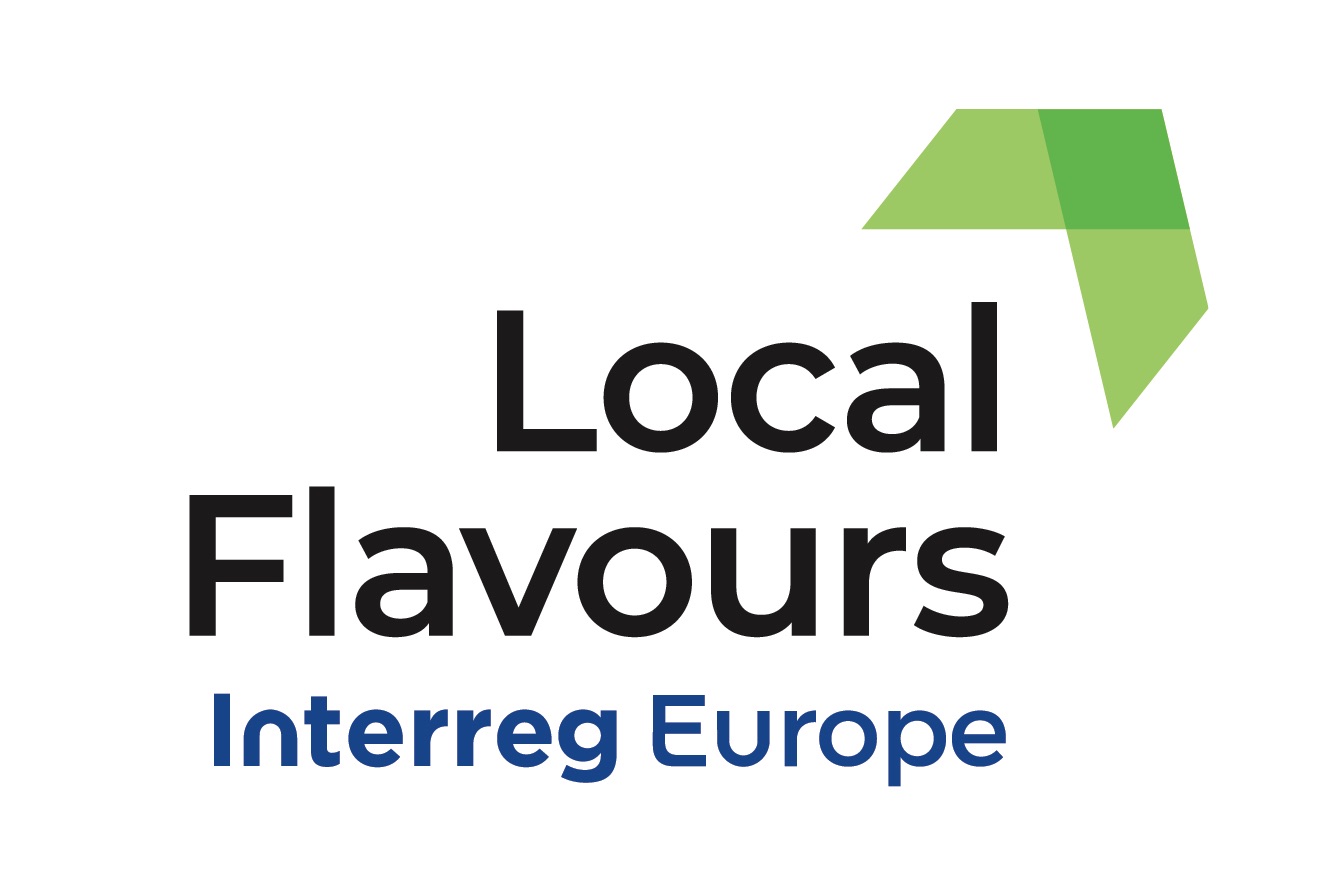 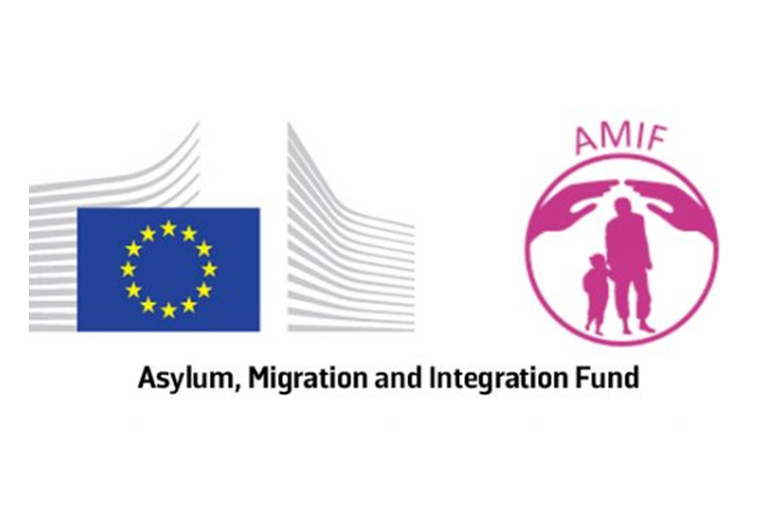 The project Embracin raised from a small but significant experience of Prof.Calò in Italy, which from a personal experience as host of migrants, developed a scheme called “6+6×6” which in 2018 allow him to won the European Citizen’s prize. It foresses integration policies of migrants avoiding big hosting centres: 6 migrants/refugees every 5,000 with a personalized approach and individual support to each person, in order to allow them a complete path to social and economic integration in 24 months.

Therefore, Embracin developed a core network of 4 Municipalities and 2 networks of municipalities from 6 different countries (Italy, Slovenia, Greece, Cyprus, Spain, Sweden) willing to share and scale-up this experience, developing and testing a model of integration which can be valid for all European Countries, starting from the assumptions of 6+6×6. Together with the
European network ECCAR European Coalition of Cities against Racism, it will raise awareness and capacity building on integration policies topics among European local authorities, in particular Municipalities with the final aim to increase the number of municipalities which will sign the Memorandum of understanding to promote and engage the Embracin model.

Expected impact: migrant flows are a permanent phenomenon and not a temporary crisis. In order to manage it Eu needs to find a stable and shared solution in order to absorb existent and future flows of persons coming from third countries as migrants. The project will to explore the possibility of developing and testing an European model of integration of Thirdcountry nationals, in order to strengthen European approach to migrant flows. The model proposed will be adaptative and replicable in each Eu country.

Main Outputs: 6 base-line analysis and 6 local Roadmaps for 6+6*6 scheme adaptation through knowledge exchange activities and the creation of Embracin model (WP2); smart awareness raising campaign on integration of migrants for partners and extra-partnership 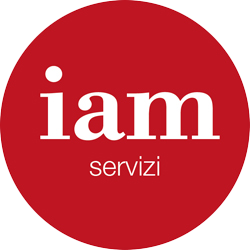 I AM Servizi Services to People 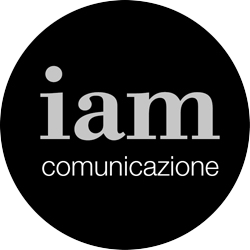 I AM Comunicazione Communication Services

I AM Edizioni Independent publishing

I AM Progettazione - Alterevo Srls

© Copyright 2020 I AM Comunicazione